An Introduction To Subud

Subud is an acknowledgement of the Power of God, which fills and controls the whole universe—both that which can be seen and that which is invisible to our ordinary sight. It is also the experience of this power at work within each individual.

Subud began sometime around 1925, when a Javanese man named Muhammad Subuh Sumohadiwidjojo first received a dramatic, unexpected contact with the Light of God. This initiated a period of three years of intensive action within his soul. At the end of this time he was told, in answer to his prayers, that this contact might be shared with anyone who came to him and inquired. At first only his own family and immediate neighbors received it, but gradually people came from other parts of Indonesia, received the contact, and in due course were in turn authorized by him to pass it on to others.

Often referred to by Subud members as “Bapak” (the Indonesian form of address for an older or respected man) Muhammad Subuh made many journeys outside his own country from 1957 until shortly before his death in 1987. Bapak was not a teacher or a leader, for as he explained, all the teaching necessary for mankind has already been given to us in the great religions of the world. Thus, Subud does not separate anyone from their own religion, but rather brings to us the possibility of living in accordance with those teachings.

The basis of Subud is the latihan. Latihan is an Indonesian word meaning “training or exercise.” The latihan cannot be taught or imitated, for it arises spontaneously from within after the contact with the Power of God has been received. The experience is unique for each individual according to his or her needs, and arises not through any human action or volition, nor by the use of the heart and mind, but simply by the will and grace of God.  At the same time, the human will is free at any moment to intervene and stop the action of the latihan, which continues only as long as we willingly submit to it.

Experiences in the latihan vary enormously. It is different for everyone, and for each person at different times. In the beginning it usually takes the form of physical movement and sounds. This is the normal outer manifestation of the touch of the Power of God, similar to the manner in which a musical instrument will sound and vibrate when played by a human being. As time goes on the experiences often become more subtle and more refined.

The latihan is thus the surrender to God's Will, and its action is one of purification and inner growth. No teaching, no imposed discipline and no imitation, but only the Power of God, can penetrate to the level within us at which this work must be done. Only God can know what is necessary for each of us. This is why there is no teaching in Subud by man to man; God alone is the teacher.

There is no dogma in Subud, no creed and leader other than the One Almighty God. All that is required of Subud members is that we should, in patience and sincerity, surrender and submit our own will to the Will of God. Subud is neither of the East nor the West, but is of all mankind, one humanity facing One Almighty God.

The Subud organization also maintains separate affiliates that foster the growth of culture, humanitarian work, enterprise and youth. In most countries the Subud organization, which is non-profit, is registered as a charity and is therefore exempt from taxes, so that all donations can be used for Subud purposes.

Subud is open to any sincere individual over the age of seventeen. Subud makes no claims, and in spiritual matters there is no compulsion, but to those who feel drawn to it we simply say, come—and see for yourself.

To find out more about Subud and the Latihan

If you would like to read more about Subud, here are some additional articles:

The Basis and Aim of Subud

My Personal Introduction to a Spiritual Path

A Leaflet About Subud 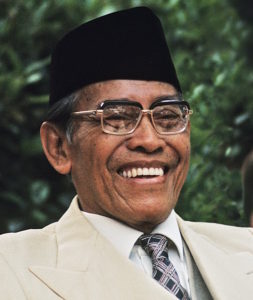